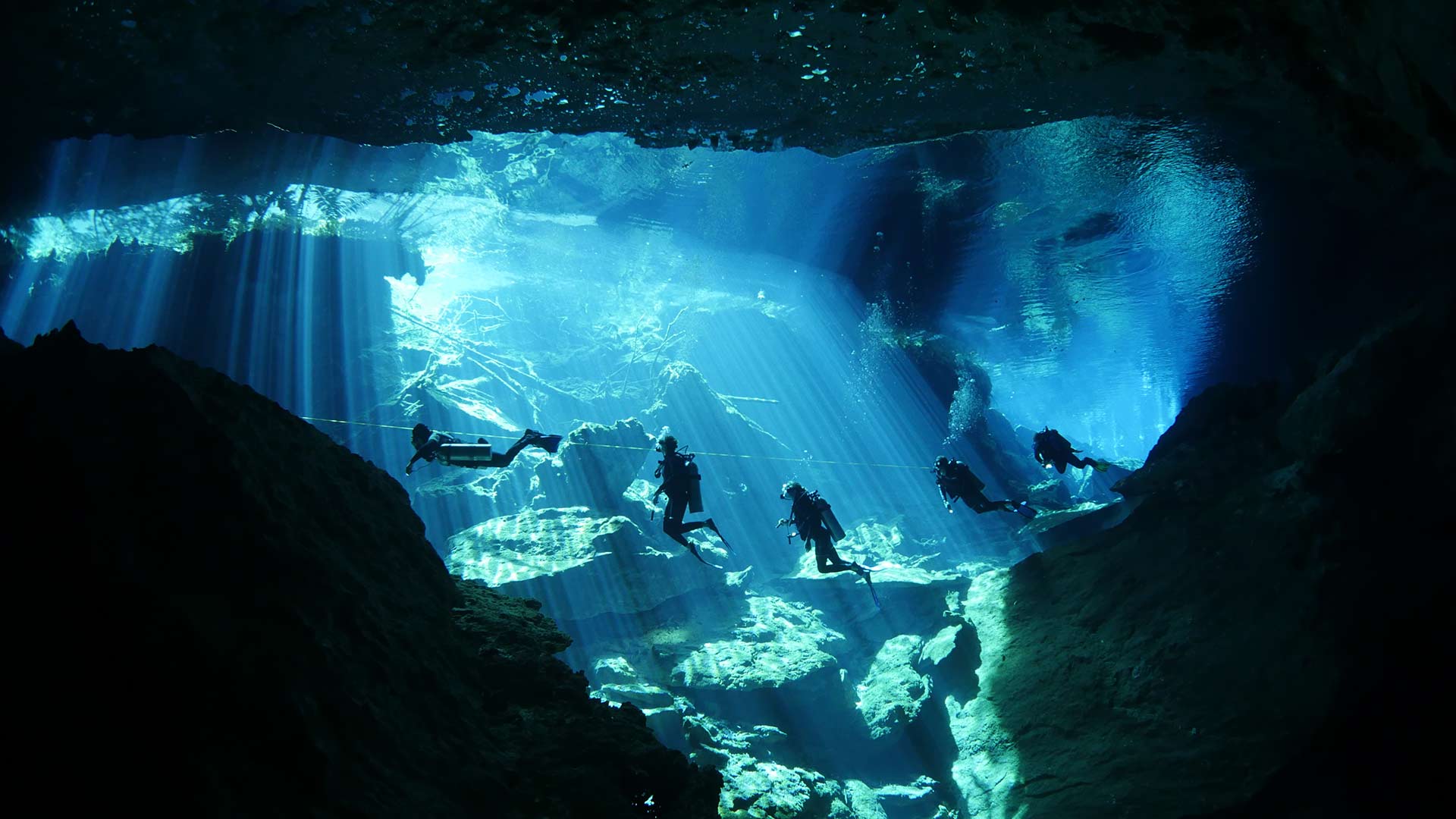 The underground river systems of the Yucatan flow beneath the entire peninsula. During the ice ages when the ocean levels were much lower than they are today, what was once a giant coral reef became exposed to the atmosphere and eventually became the Yucatan Peninsula. Massive cave systems were formed by gradual dissolving of the highly porous coral limestone.

These caves are called “solution caves” because they were formed by the slightly acidic rainfall dissolving the alkaline limestone. Inside the caves the geological formations such as stalactites and stalagmites are a spectacular sight to see.

Many of the caverns eventually collapsed and the sea levels rose partially or completely flooding the cave systems. The water table of the entire peninsula is filled with both seawater at sea level and freshwater ‘floating’ on top at varying depth depending on the distance from the sea.

END_OF_DOCUMENT_TOKEN_TO_BE_REPLACED 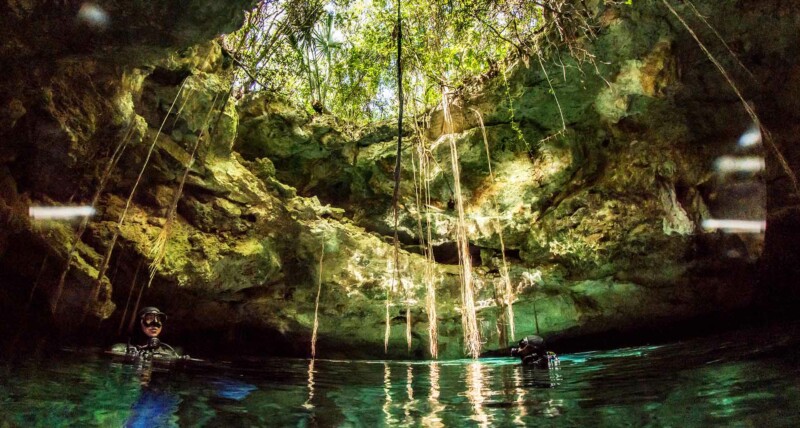